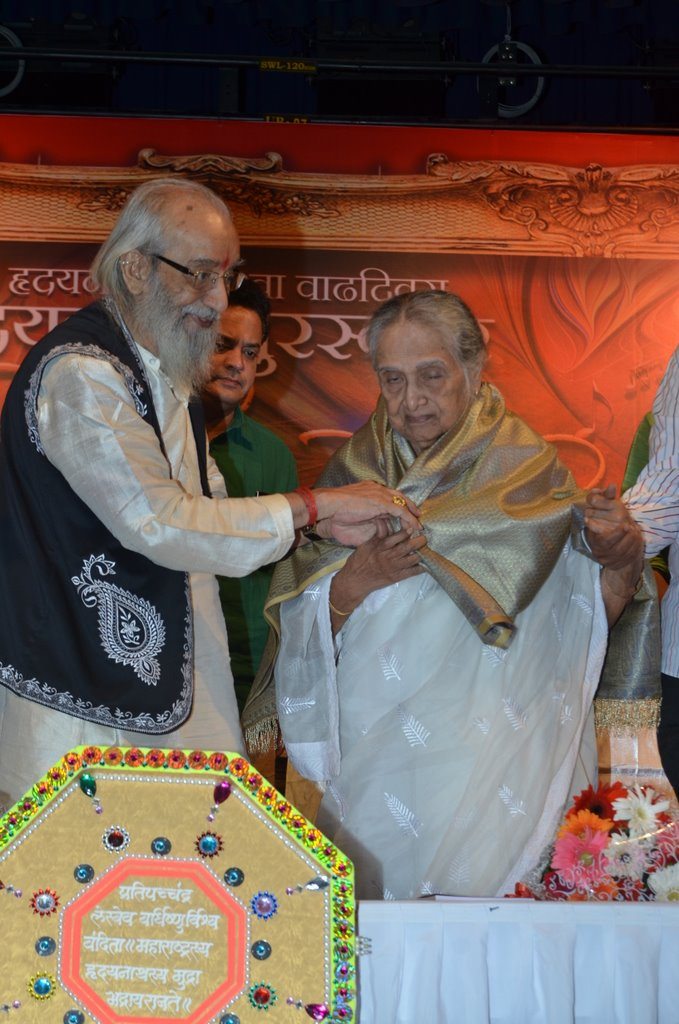 Yesteryear beauty Sulochana Latkar awarded for her contribution to cinema.

Veteran actress Sulochana Latkar, known for her work in Marathi and Hindi cinema, was honoured with the Hridaynath Mangeshkar award at a ceremony held in Mumbai on October 26, 2014. The actress was mostly known for playing maternal roles and has appeared in movies such as ‘Johnny Mera Naam’, ‘Kati Patang’, ‘Bandini’, ‘Dil Deke Dekho’ and ‘Sadhi Manse’.

Latkar received the award from the hands of historian Babasaheb Purandare and leader of Bharatiya Janata Party Vinod Tawade.

The actress has worked in more than 250 movies. Sulochana previously received the Chitrabhushan Award in 2003, that was instituted by the Akhil Bharatiya Marathi Chitrapat Mahamandal on the fourth anniversary of Baburao Painter.