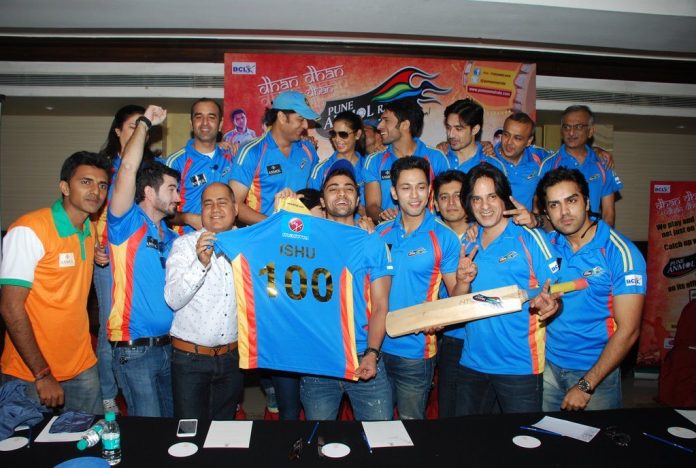 Members of Pune Anmol Ratn cricket team of the Box Cricket League launched their team jersey at an event in Mumbai on October 29, 2014. Celebs who attended the launch included Rishika Mihani, Rahul Roy, Shaleen Malhotra, Ishu Datwani and others.

The Box Cricket league is a unique concept, where all the matches will be played in a box with a soft ball. The contest will feature over 150 famous TV stars  in  the game, who will be playing for their favourite teams in a closed studio.

Other teams participating in the league include ‘Soorma Bhopali’, ‘Baabu Moshay’, ‘Ghaint Punjabis’ and ‘Jaipur Joshiley’, ‘Mumbai Warriors’, Chandigarh Cubs’ and Rowdy Bangalore among others.