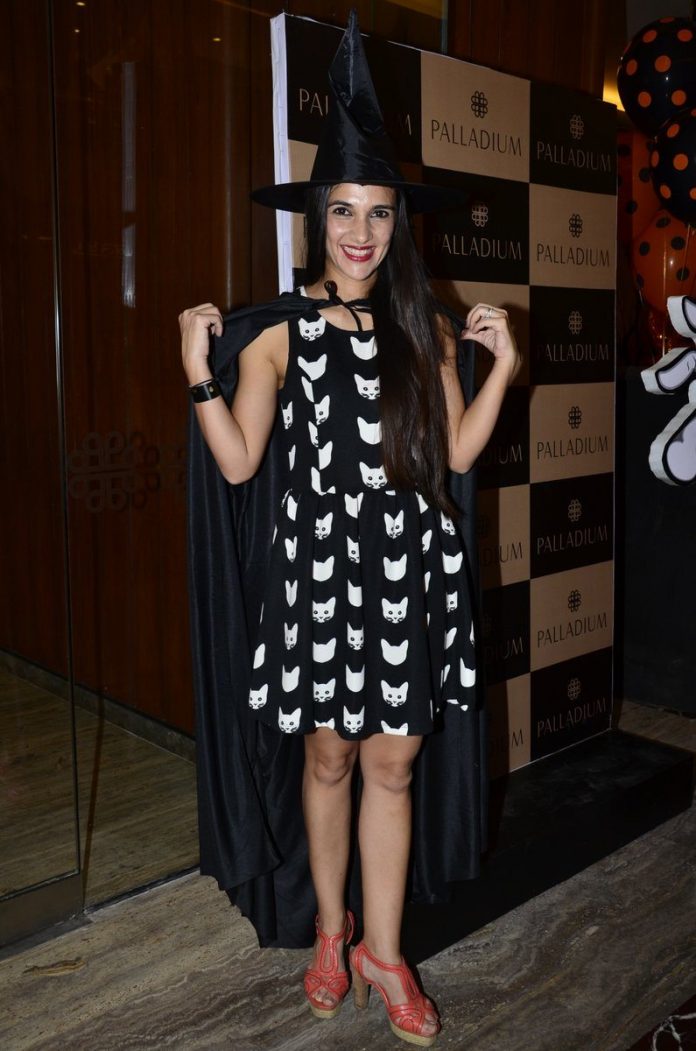 Celebs dress up for the Palladium Halloween night bash.

Bollywood actresses Madhoo and Tara Sharma were seen attending the Palladium Halloween night bash in Mumbai on October 31, 2014. Tara, who came with her children, sported a witch costume aptly paired with a long pointed hat and a capier, while Madhoo arrived in simple casual outfit.

Other guests at the bash were enthusiastically wearing scary outfits. Madhoo shot to fame in Bollywood with the movie ‘Roja’ in which she played the role of a small town girl who gets married to a computer engineer.

Tara Sharma made her debut in Bollywood with the movie ‘Om Jai Jagdesh’ and also hosted her own TV show ‘The Tara Sharma Show’, which discussed parenting and children.