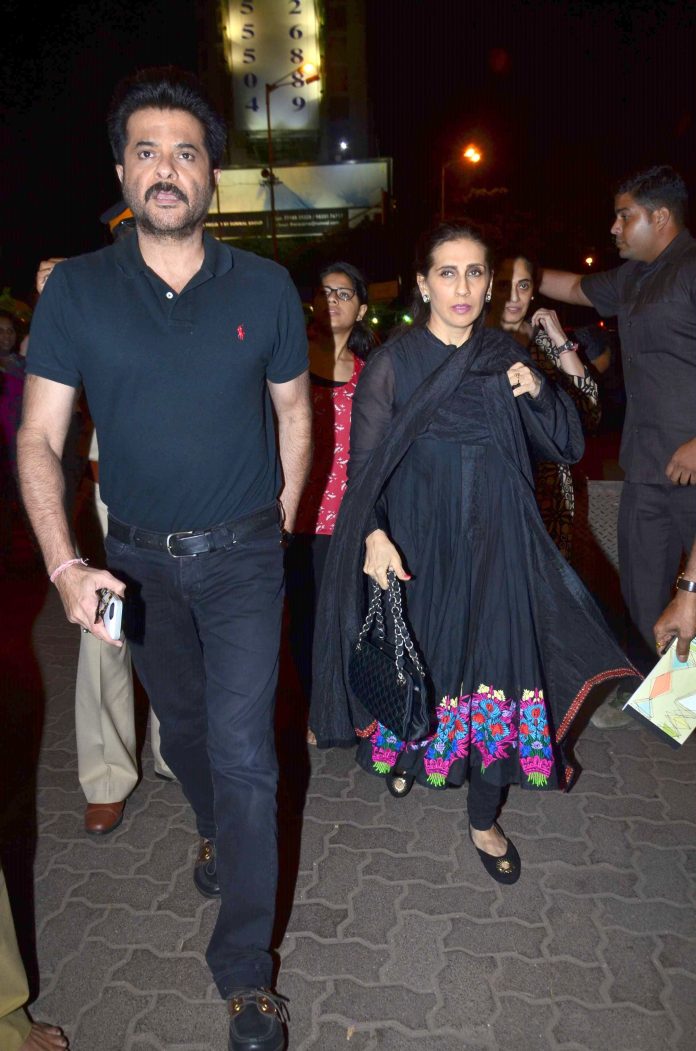 In lieu of their son’s debut in Bollywood, Anil Kapoor and Sunita Kapoor visit Siddhivinayak temple.

Veteran Bollywood actor Anil Kapoor and Sunita Kapoor, his wife, visited the Siddhivinayak temple in Mumbai on November 6, 2014. Kapoor and his wife made the pilgrimage to pray for son Harshvardhan’s debut film ‘Mirziyaa’, which is Rakeysh Omprakash Mehra’s period romance drama called, based on the romantic story of Mirza-Sahiba.

The ‘Welcome’ actor and Sunita were dressed in all black for the journey, surrounded with tight security. The actor is currently preparing for his upcoming movie ‘Dil Dhadakne Do’ by Zoya Akhtar.

Anil will also be seen in the sequel of his movie ‘Welcome’, which will have Shruti Haasan, John Abraham and Nana Patekar in lead roles. ‘Welcome Back’ is expected to hit the theatres in March 2015.