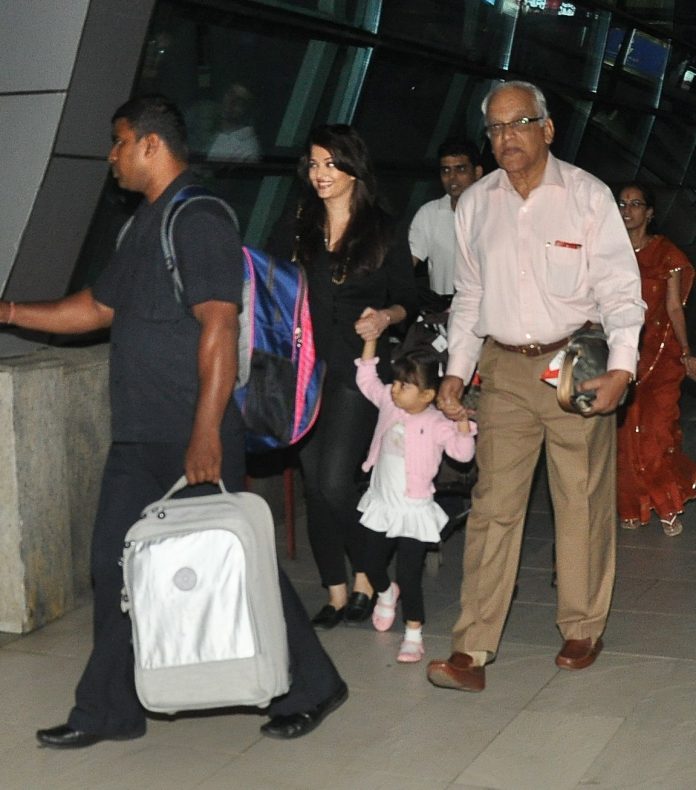 Bollywood actresses Aishwarya Rai and Hema Malini were seen at the Mumbai airport on November 10, 2014. Hema Malini was waiting for her chauffer to come and receive her at the airport and was wearing a red and black outfit.

Aishwarya Rai was returning from Kolkata after attending the 20th Kolkata International Film Festival. While she was in Kolkata, her daughter Aaradhya was with her grandparents and the family reunited at the airport. Aishwarya’s father, Krishnaraj Rai was also at the airport.

Aishwarya has been away from the Bollywood for a while now, owing to her pregnancy and motherhood. She will be making her comeback in Bollywood with the movie ‘Jazbaa’.