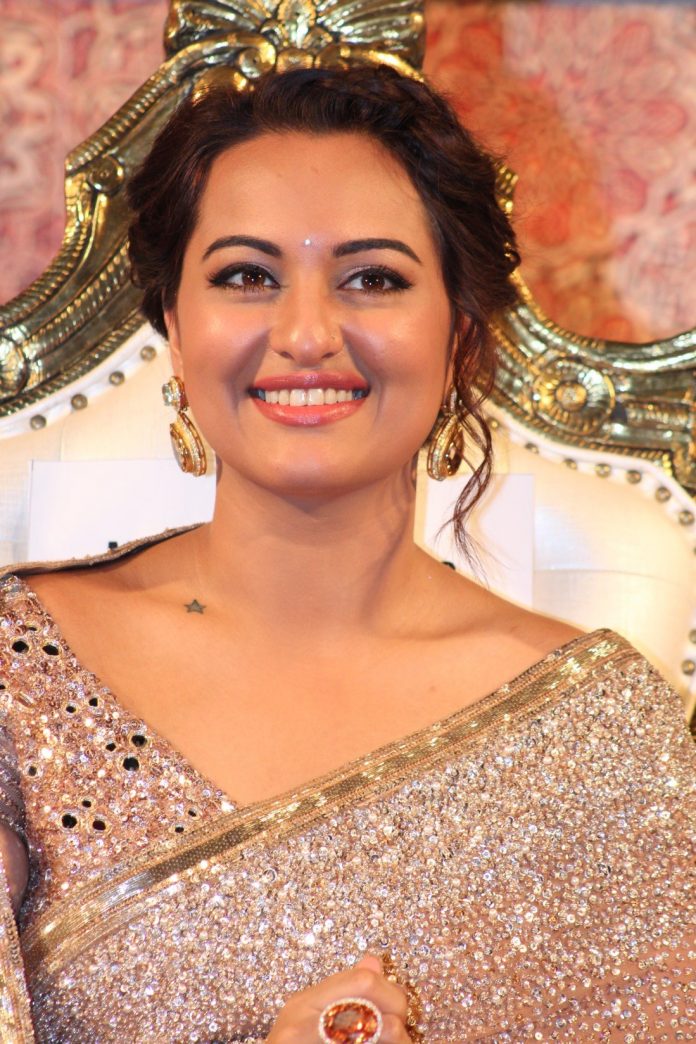 South superstar Rajinikanth and Bollywood actress Sonakshi Sinha attended the launch event of the much awaited Tamil movie ‘Lingaa’ in Chennai on November 16, 2014.  Sinha will be seen playing the leading lady opposite Rajinikanth.

The actress for the event looked great in a shimmery sari. The launch event was also attended actress Anushka Shetty, who will also be seen playing an important role in the flick.

The music for the movie has been composed by A.R.Rahman and  is all set to hit the theatres in December 2014.  The action thriller movie is directed by K.S Ravikumar and is  produced by Rockline Venkatesh.