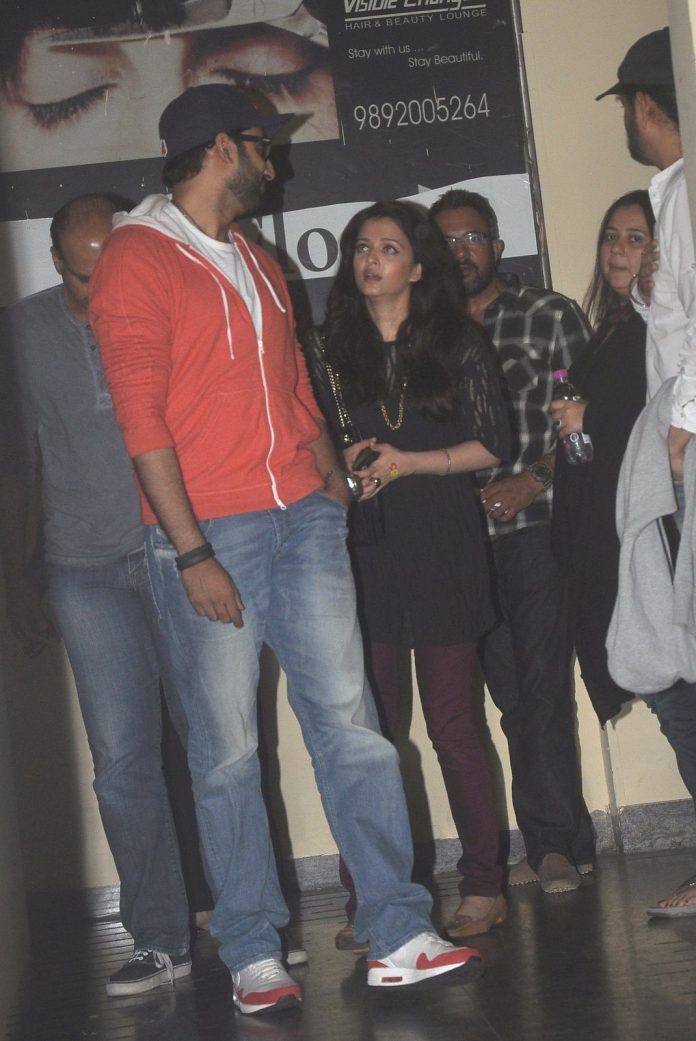 Bollywood star couple Aishwarya Rai and Abhishek Bachchan  have a casual night out.

The paparazzi caught up with Bollywood star couple Aishwarya Rai and Abhishek Bachchan at Mumbai’s popular suburban cinema on November 17, 2014. The couple was out to catch a movie together after hosting a grand birthday party for daughter Aaradhya on November 16, 2014.

Abhishek and Aishwarya got married  in April 2007 and have a daughter Aaradhya who turned 3 on November 16, 2014. The Bachchans threw a grand party for their beloved little one on her birthday.

Filmmaker Ashutosh Gowarikar was also spotted along with the couple.