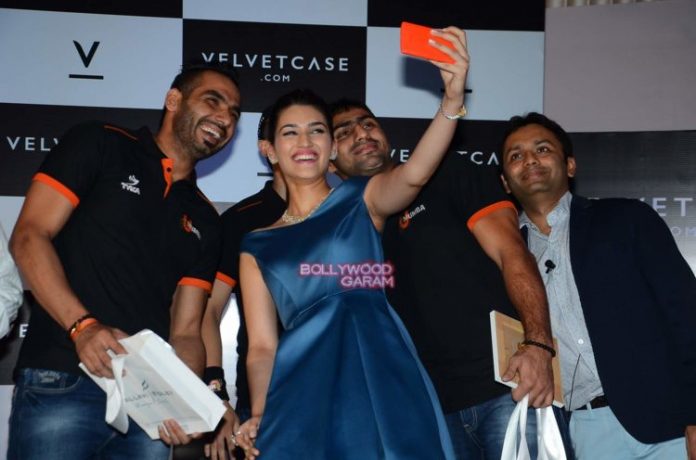 Bollywood actress Kriti Sanon launched the jewellery brand Velvetcase.com at an event in Mumbai on July 28, 2015. The ‘Heropanti’ actress looked stunning in a blue outfit and jewellery from Velvetcase.

Sanon at the event also unveiled the new app of the brand. The actress was last seen in the movie ‘Heropanti’ and is currently filming for a couple of projects including ‘Dilwale’ and ‘Half Girlfriend’.

Apart from Bollywood movies, the actress has also worked in a couple of Telugu movies. Sanon began her career as a model and got her first break in movies in the Telugu flick ‘Nenokkadone’.