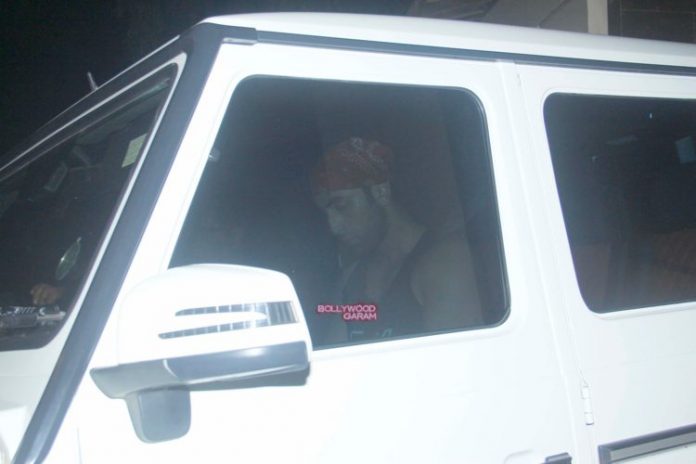 Indian actor Ranbir Kapoor has shared an on and off relationship with the media. The ‘Barfi’ actor was recently snapped in his car in Mumbai on August 10, 2015. The actor was seen in a casual look with a bandana tied on his head.

Kapoor has at times been cordial and at times been rude with the media whenever he though his privacy was infringed. The actor once was seen snatching away a camera man’s device when he was seen partying at a club with his friends in Mumbai.

On the work front, the actor is all set to be seen in the upcoming movie ‘Tamasha’ and was last seen in the movie ‘Bombay Velvet’ that bombed at the box office.