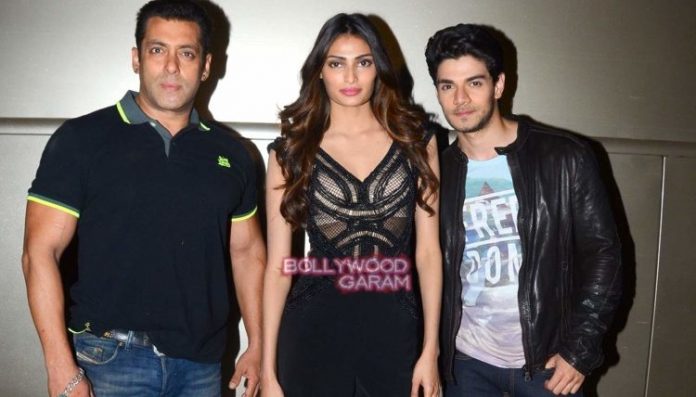 Celebrities from Bollywood visited the sets of the Jhalak Reloaded at Filmistan in Mumbai on August 19, 2015. The actors who were snapped at the sets included Salman Khan, Athiya Shetty and Sooraj Pancholi.

The stars promoted their upcoming movie ‘Hero’ which is directed by Nikhil Advani and produced by Salman and Subhash Ghai. The movie will mark the debut for Sooraj, who is the son of the actor Aditya Pancholi. Actress Athiya Shetty, daughter of Suniel Shetty, will also be making her debut with this flick.