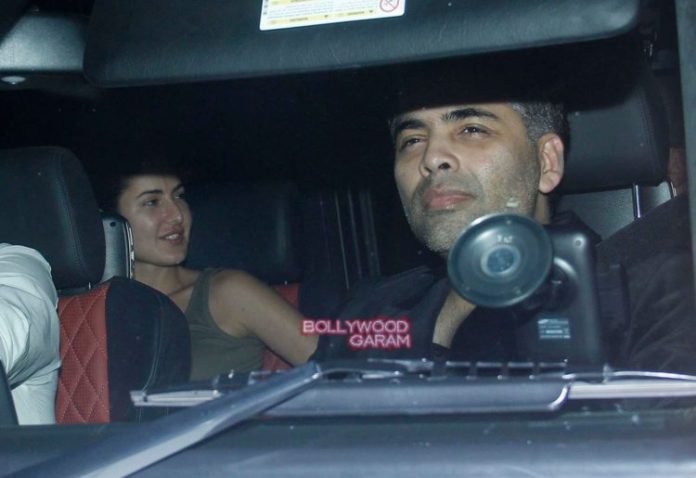 Bollywood’s most talked about couple Ranbir Kapoor and Katrina Kaif visited Aamir Khan at his residence in Mumbai on August 20, 2015. Aamir threw a small bash for some of his close friends including Karan Johar, Ayan Mukerji and others.

Going by the pictures, Katrina looked happy and in a jovial mood and was accompanied by beau Ranbir and director Karan Johar. On the work front, Aamir will soon be seen as a wrestler in the movie ‘Dangal’.

Ranbir is currently working on the upcoming movie ‘Tamasha’ opposite actress Deepika Padukone while Katrina is eagerly waiting for the release of her upcoming movie ‘Phatom’ which is all set to hit the theatres on August 28, 2015.