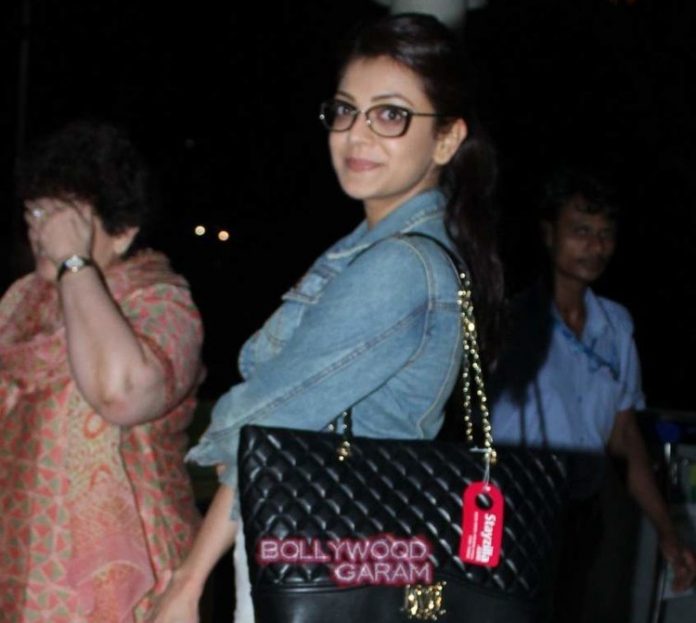 Boney Kapoor and wife Sridevi had attended superstar Chiranjeevi’ birthday bash held at a five star Hotel on Hyderabad. Lauren is judging a reality show on TV and was seen in a pair of dark jeans and a blue shirt.
Kajal managed to look pretty in a grey shirt, , dark denims and a denim jacket.