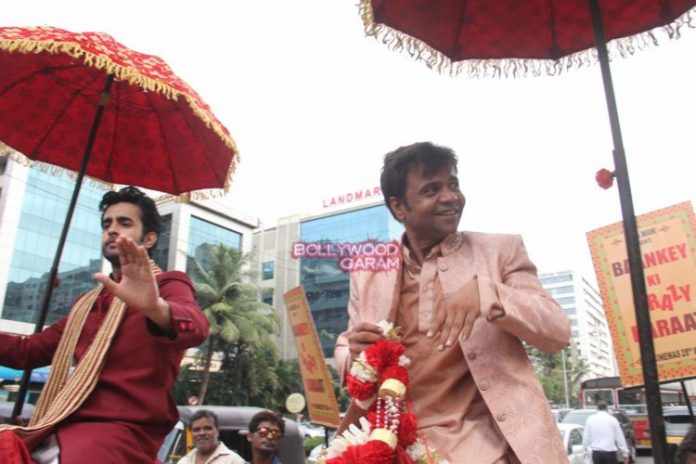 Actors Rajpal Yadav and Satyajeet Dubey promoted their upcoming movie ‘Baankey Ki Crazy Baraat’ in a candid way in Mumbai on August 23, 2015. The actors were out on the streets of the city with a ‘baraat’ and were seen dancing and having fun with the audience.

The makers of the movie have been promoting the movie on the social network and now the actors too have taken the initiative. The movie is a situational comedy which is expected to leave the audience in to splits.