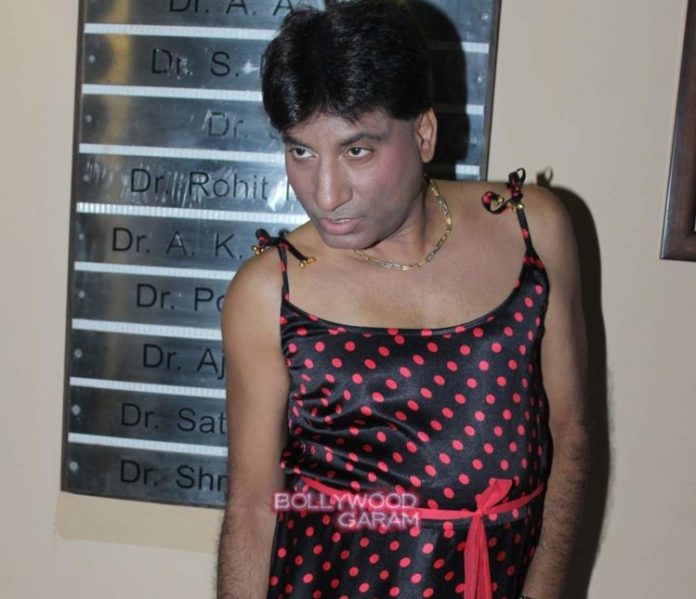 Indian comedian Raju Shrivastava was snapped on location of his upcoming movie ‘Sakinaka’ in Mumbai on August 24, 2015. The actor was seen in a funny mode as he wore a lingerie and posed like a female.

Shrivastava was also one of the contestants of the show Bigg Boss in one of the seasons.