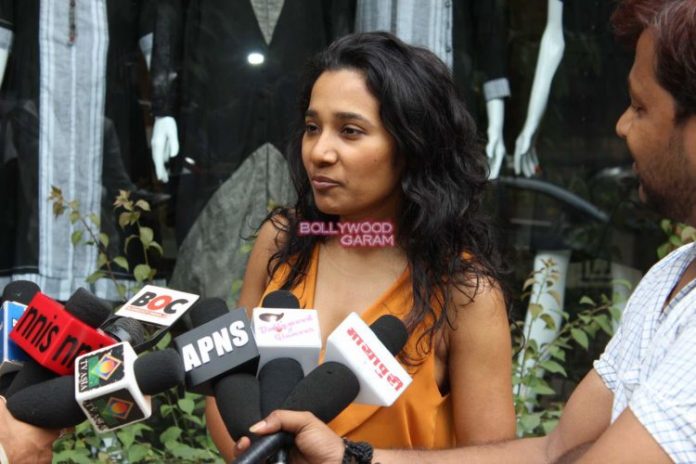 Bengali actress Tannishtha Chatterjee, known for her performance in the British movie ‘Brick Lane’, visited designer Anita Dongre’s store in Bandra in Mumbai on August 25, 2015. The actress was seen in a yellow top and jeans and interacted with the media.

Tanishtha has worked in a number of foreign and Indian movies and has been appreciated by the audience and the critics. Some of her works include the ‘Shadows of Time’, ‘Rough Book’, ‘Sunrise’, ‘Bhopal: The Prayer Of Rain’, ‘Siddharth’, ‘ Dekh Indian Circus’, ‘Jal’ and ‘Road, Movie’.

Chatterjee is a trained classical vocalist and has also sung for the movies like ‘Road’ and ‘Page 3’.