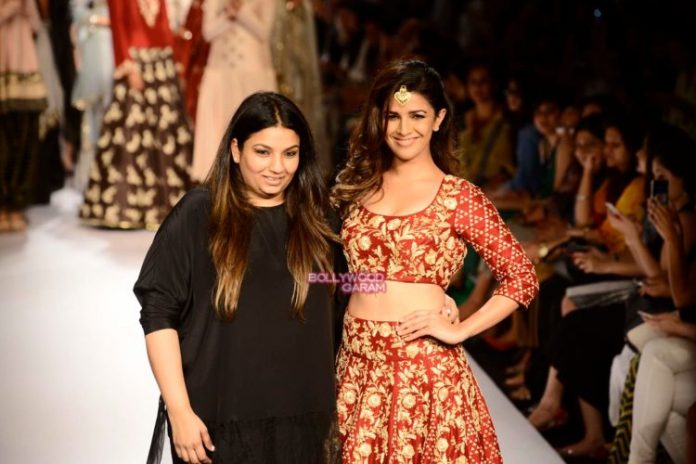 Singhal showed off her ‘Maya’ collection on day one of the show. Nimrat started off on the ramp a bit shaky but managed to gather herself and faced the audience with smiles and confidence. The actress interacted with the media and said that she was not nervous but backstage was crazy but still she enjoyed the most.

Nimrat also appreciated the designer and felt great to walk for her.