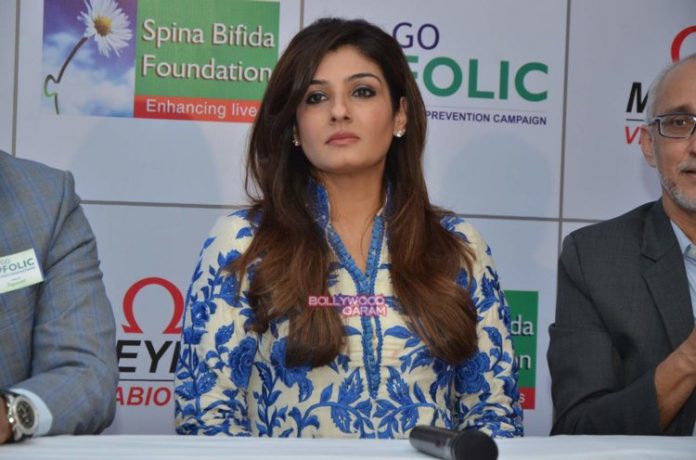 Actress Raveena Tandon unveiled the GoFolic campaign at an event in Mumbai on August 27, 2015. The actress talked about the importance of taking Folic supplements for all the expecting mothers.

Tandon also shared about the campaign on her Twitter account and wrote, “Awesome show put up by d moms /the children … awareness of a simple thing like prenatal care can make a difference” The actress added that the would-be mothers must start taking folic acid tablets at least three months before planning pregnancy.

The campaign was started to create awareness about the birth defects and the actress has been associated with the Spina Bifada Foundations since quite some time.