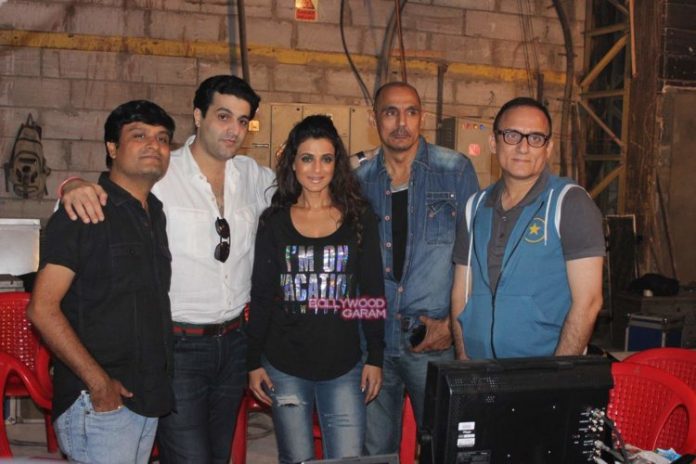 Indian actress Ameesha Patel was snapped on location of her upcoming movie ‘Desi Magic’ in Mumbai on August 27, 2015. The actress was seen in a hot photoshoot and is also a part of the production.

‘Desi Magic’ is directed by Mehul Atha and produced by Ameesha and Kuunal Goomer under the banner of Ameesha Patel Productions. The romantic comedy flick also stars Zayed Khan, Sahil Shroff and Randhir Kapoor. The movie will also mark Ameesha’s debut as a producer.