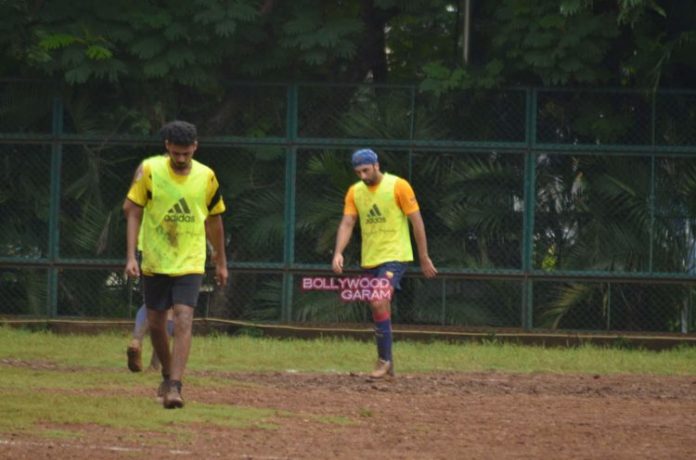 Bollywood star Ranbir Kapoor was snapped at a friendly soccer match in Mumbai on August 31, 2015. The actor has a number of Bollywood projects to look upon, but that does not prevent him to keep himself away from his favourite sport.

The field also saw actor and producer Sachin Joshi. On the work front, Ranbir will soon be seen in the upcoming movie ‘Tamasha’ which also stars Deepika Padukone and was last seen in ‘Bombay Velvet’ opposite actress Anushka Sharma.

‘Bombay Velvet’ was one of the most ambitious projects by Anurag Kashyap but failed to impress the audience did not do an impressive business at the box office.