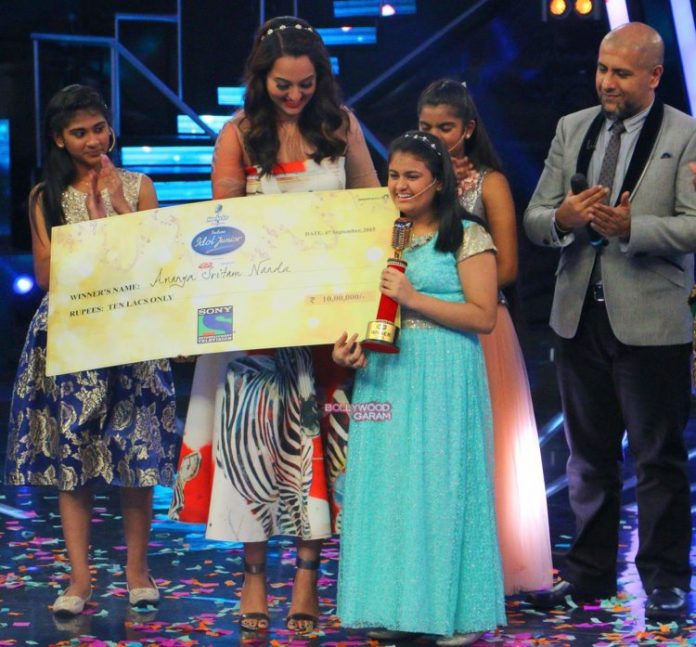 Odisha girl Ananya Nanda claimed the title at the finale of the second season of Indian Idol Junior on September 6, 2015. The 14 year old singing champion was among the three finalists Nahid Afrin and Nityashree Venkataramanan.

Bollywood actress Sonakshi Sinha was at the finale to give away the champion’s trophy. The show also saw comedian Kapil Sharma and composer Vishal Dadlani. Chennai based Nityashree and Nahid from Assam were the runner ups. Ananya took away the trophy as well as a contract worth Rs. 10 lakhs from Sony Entertainment Television.

An excited Ananya after her win said, “This is the best moment of my life. I am speechless! With the mentoring and the training I have received, I am thankful to Indian Idol Junior. I think all my co-contestants deserve this trophy.” The winner also thanked the viewers of Sony Entertainment Television for showering their love and support.

The show has become popular among the audience and has proved that all great things come in small packages. Indian Idol Junior show had 13 talented contestants from across the country who fought a three month old battle and won billions of hearts through their golden voices.