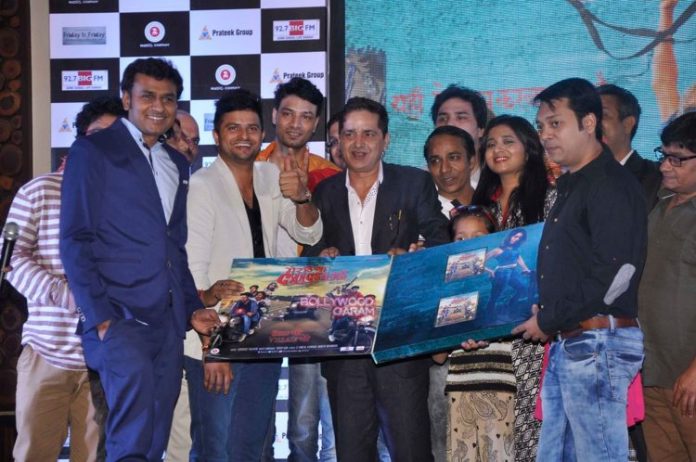 Celebrities from Bollywood and Indian cricketer Suresh Raina launched the music of the upcoming movie ‘Meeruthiya Gangsters’ at an event in Mumbai on September 7, 2015. The cricketer has sung a song in the upcoming crime comedy movie.

Raina at the launch event said, “I would like to congratulate all who all worked so hard for the film. I’m also from Uttar Pradesh and my wife is from Meerut. So when we were discussing the trailer of the film, we said how unique the film was”.

The cricketer at the launch event also sang a few lines from the track ‘Tu Mili Sab Mila’ which is composed by Siddhant Madhav.