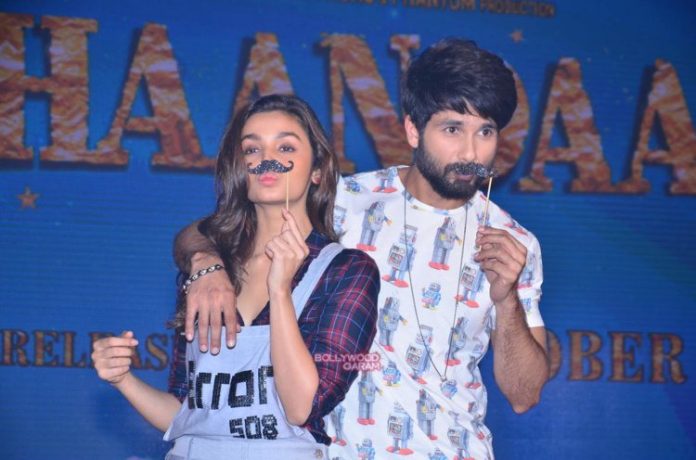 Shahid Kapoor and Alia Bhatt performed on the song ‘Gulaabo’ from their upcoming movie ‘Shaandaar’ at an event in Mumbai on September 10, 2015. This will be the first time Shahid and Alia will be seen together in a movie.

The cameras captured Shahid and Alia performing some cute moves on the stage. Shahid was seen wearing a printed t-shirt and jeans while Alia was seen in a checked shirt and ILK overalls and metallic sneakers.

Shaandaar is directed by Vikas Bahl and produced by Anurag Kashyap and Vikramaditya Motwane.