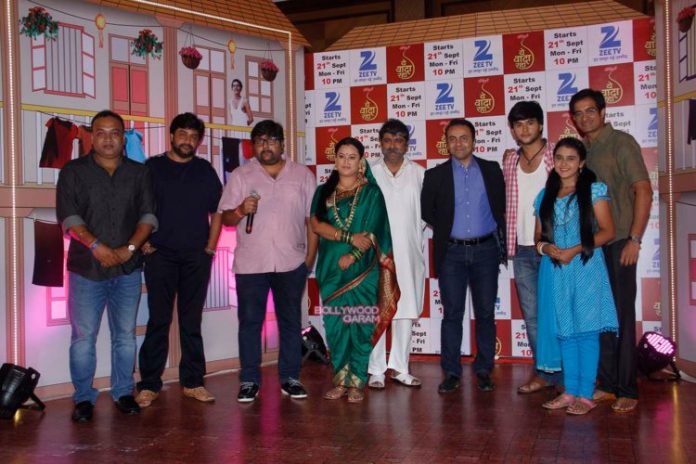 TV actors Rinku Karmarkar, Ankush Arora, Pankaj Vishnu and Ajay Paul launched the new show ‘ Yeh Vaada Raha’ on Zee TV at an event in Mumbai on September 11, 2015. The Ankush Rinku and Pankaj will be seen playing the lead roles in the series.

Rinku will be seen returning to the TV after a gap of about two years. The actress will be seen playing the role of Taayi, who is the wife of the local don played by Ajay Paul.