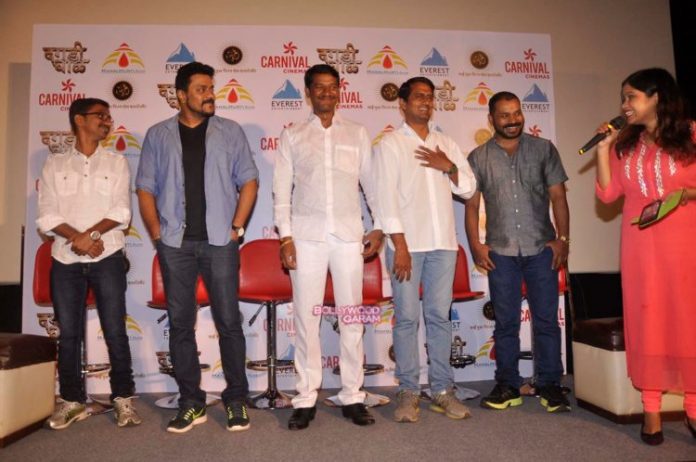 Makers of the Marathi movie ‘Daagdi Chawl’ launched the flick at an event in Mumbai on September 13, 2015. The movie stars Ankush Chaudhary, Makarand Deshpande and Pooja Sawant.

‘Daagdi Chawl’ is a 2015 Marathi action drama which is directed by Chandrakant Kanse and is produced by Sai Pooja Films & Entertainments. This will be the third release for Ankush in 2015 after his back to back Marathi blockbusters ‘Classmates’ and ‘Double Seat’.