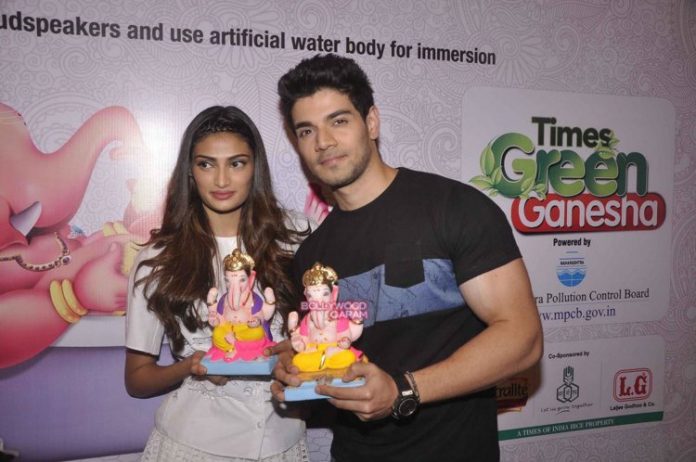 Bollywood debutants Sooraj Pancholi and Athiya Shetty inaugurated the Green Ganesh event held at a college in Mumbai on September 15, 2015. The event encouraged the use of eco-friendly Ganesh idols and also helped spread awareness of water pollution during the festival.

The actors also promoted their movie ‘Hero’ at the event and interacted with the students and the media. The movie ‘Hero’ is produced by Salman Khan and is directed by Nikhil Advani. ‘Hero’ also stars Aditya Pancholi, Tigmanshu Dhulia and Sharad Kelkar.