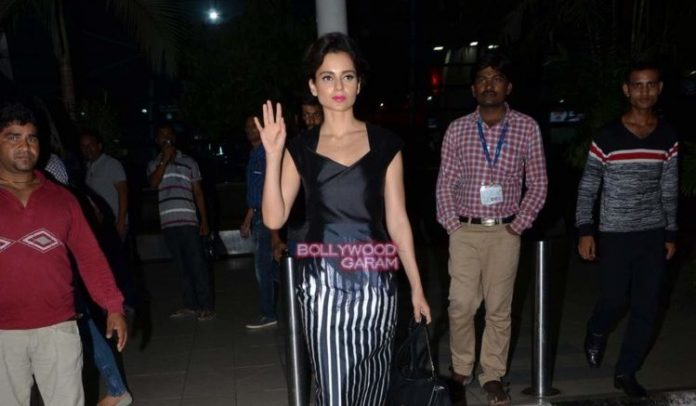 Indian actress Kangana Ranaut looked great as she was snapped returning from a ‘Katti Batti’ promotional event in Delhi on September 16, 2015. The actress was seen in a black outfit by Bibhu Mohapatra.

Kangana and Imran were in Delhi for the promotions of ‘Katti Batti’ which is directed by Nikhil Advani and produced by Siddharth Roy Kapur under the banner of UTV Motion Pictures. The movie has hit the theatres on September 18, 2015 and has received mixed reviews from the audience and critics.