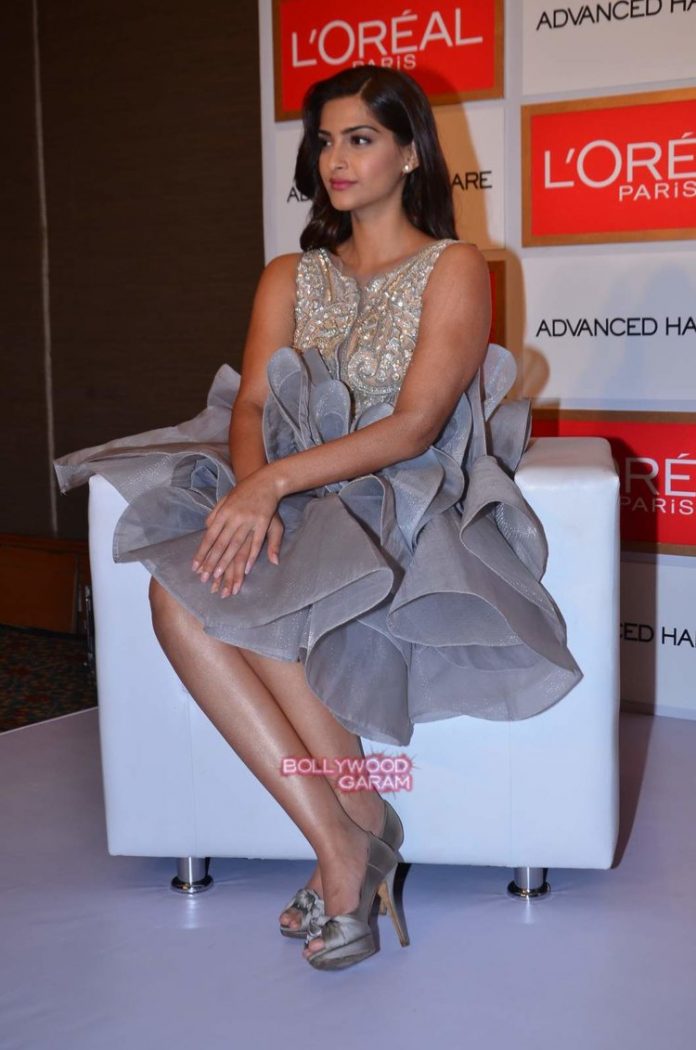 Indian actress Sonam Kapoor was at the Loreal Paris press event held in Mumbai on September 18, 2015. Sonam was there for a product launch and has been the brand ambassador of Loreal.

Kapoor was seen in a Abu Jani and Sandeep Khosla outfit and posed happily for the shutterbugs. On the work front, the actress was last seen in the movie ‘Dolly Ki Doli’ and is currently preparing for a few upcoming movies including ‘Prem Ratan Dhan Payo’, ‘Battle for Bittora’ and ‘Neerja Bhanot’.

The actress made her debut in Bollywood with the movie ‘Saawariya’.