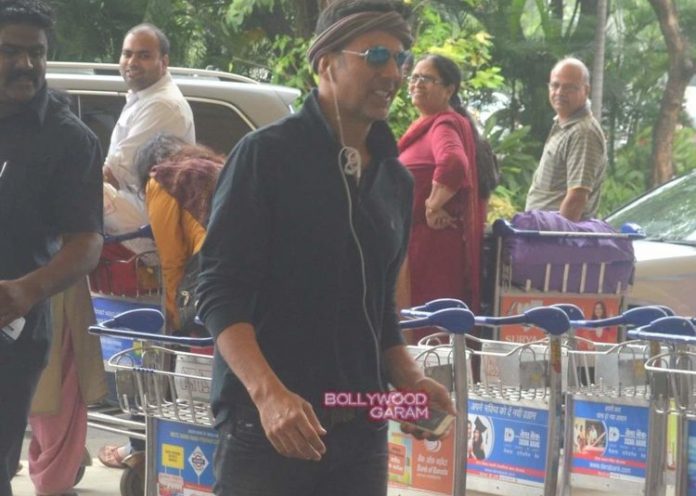 Celebrities from Bollywood were snapped at the airport in Mumbai on September 20, 2015. The airport saw Farhan Akhtar, Shraddha Kapoor, Boney Kapoor, Sridevi and Akshay Kumar.

Actress Shraddha Kapoor will soon be flying to Kerala to join her team ‘Baaghi’. Farhan was seen returning to the city after performing live in Delhi with his band. Shraddha had taken a break for Ganesh celebrations with her family.

Veteran actress Sridevi will once again be seen on the silver screens in a Tamil fantacy adventure movie ‘Puli’ opposite actor Vijay.