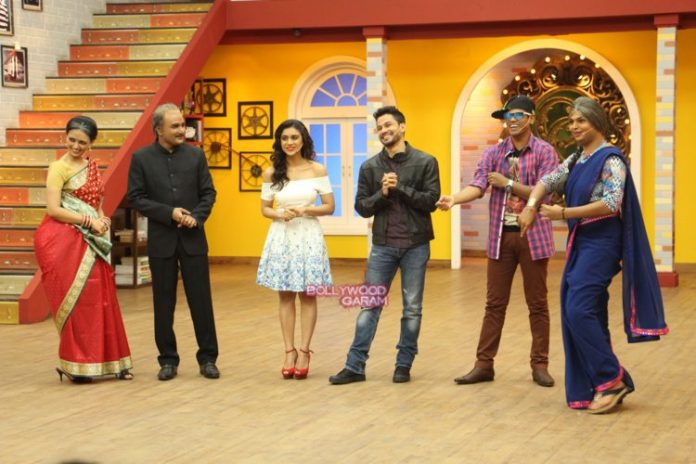 Bollywood actors Kunal Khemu and Zoa Morani promoted their upcoming flick ‘Bhaag Johnny’ on the sets of Life OK’s show ‘Comedy Classes’ in Mumbai on September 21, 2015. The actors shot for aspecial episode on ‘Comedy Classes’ which also has actress Archana Puran Singh as the judge.

Comedian Siddharth Sagar also known as ‘Mausi’ entertained the audience as well as the guests on the show. Kunal spoke about his upcoming movie and gave an idea about its plot. Upcoming Bollywood thriller flick is directed by Shivan Nair and produced by Bhushan Kumar, Krishna Kumar and Vikram Bhatt.