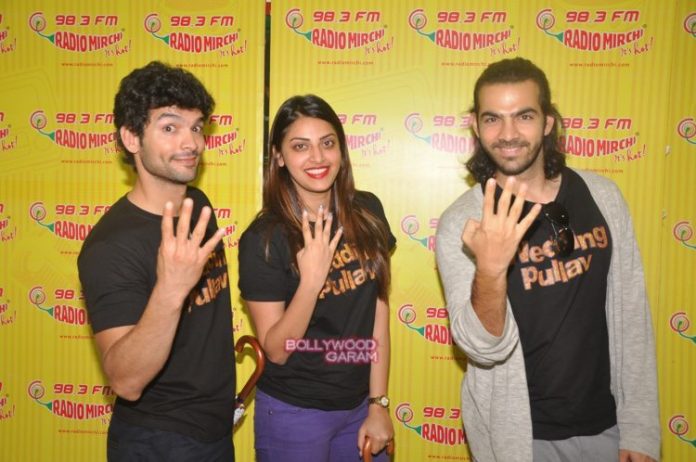 Actors Anushka Ranjan, Dignath Manchale and Karan Grover promoted their upcoming movie ‘Wedding Pullav at Radio Mirchi Studio in Mumbai on September 23, 2015. The actors were seen in black ‘Wedding Pullav’ t-shirts and jeans and interacted with the radio jockey and the listeners.

‘Wedding Pullav’ is an upcoming romantic comedy flick directed by Binod Pradhan. Dignath and Anushka will be making their debut in Bollywood with the movie. The movie is produced by Shashi Ranjan and also features Satish Kaushik and Rishi Kapoor.

The story of the movie is about two friends played by Dignath and Anushka who are in love but are not aware of it.