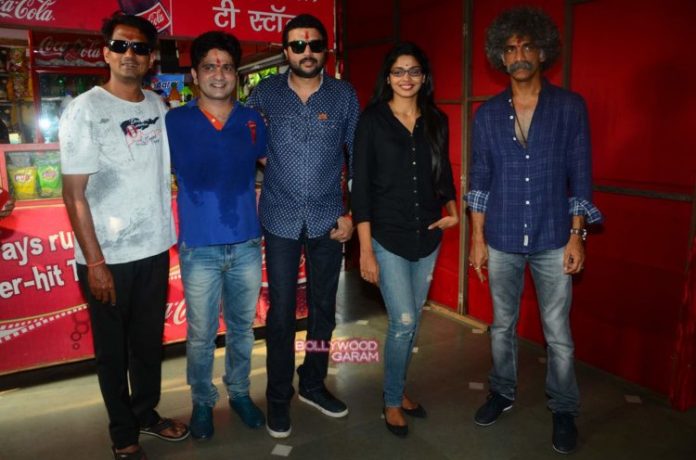 Actors Makarand Deshpandey, Pooja Sawant and Ankush Chaudhary promoted the Marathi movie ‘Dagdi Chawl’ at an event in Mumbai on September 6, 2015. The actors were seen in a casual attire and interacted with the media while talking about the upcoming flick.

‘Dagdi Chawl’ is directed by debutant director Chandrakant Kanse and has focused on the story of the gangster Arun Gawli. The movie has also narrated the story of a common man, who is caught in the deadly world of crime.

‘Dagdi Chawl’ reminds the audience about the movies like ‘Satya’ and ‘Vaastav’ as the backdrop is similar.