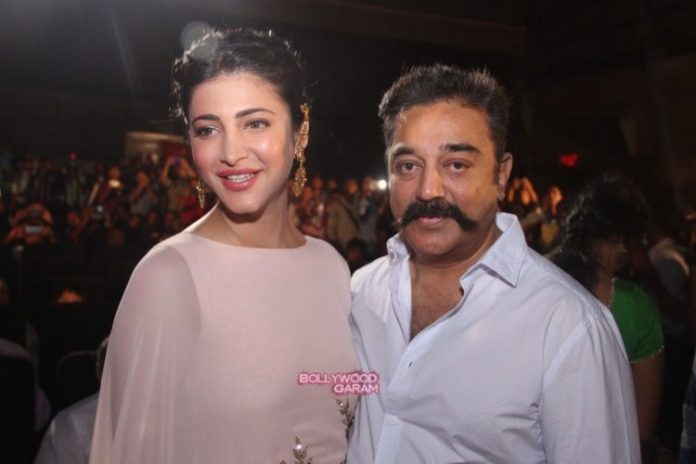 Indian actor Kamal Haasan along with daughter Shruti Haasan attended the music launch event of the upcoming Tamil movie ‘Thoongavanam’ held in Mumbai on October 11, 2015. The veteran actor is all set to entertain the audience with yet another thriller flick which stars Trisha and Prakash Raj in lead roles.

Daughter Shruti was seen supporting father Kamal at the music launch event which was also attended by Trisha. The movie is directed by Rajesh M. Selva and has also been shot simultaneously in Telugu. ‘Thoongavanam’ has inspirations from the French movie ‘Sleepless Night’.

The movie is due to hit the theatres in April 2016.