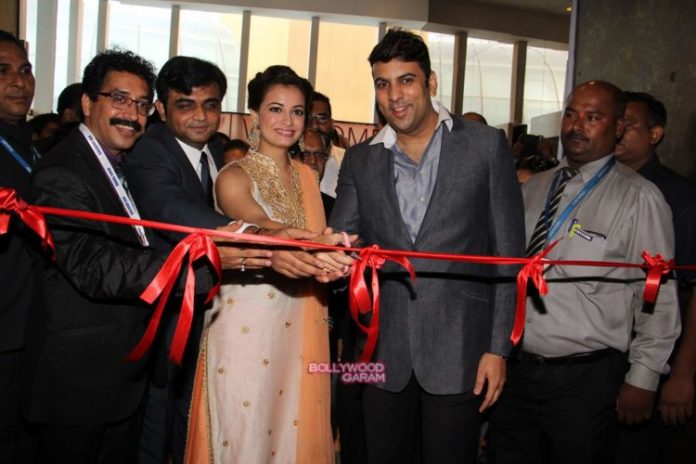 Dia lighted the traditional lamp and cut the ribbon to launch the exhibition. On the work front, the actress will soon be seen in the upcoming movie ‘Kabhi Bhi Kahin Bhi’ which also stars Dinon Morea.

Mirza got married to producer Sahil Sangha on October 18, 2014 in New Delhi.