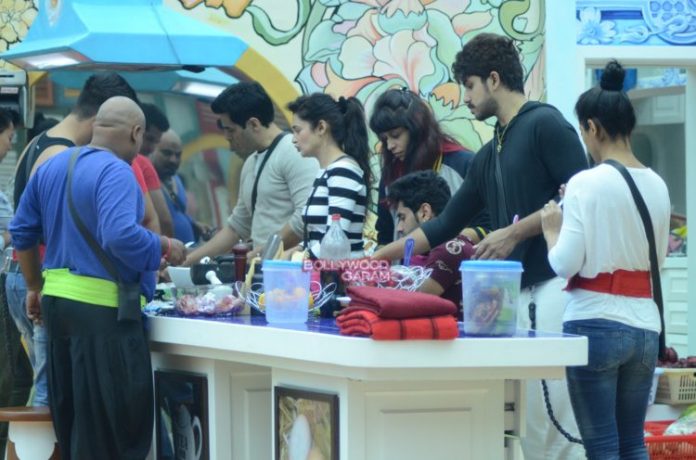 The contestants were woken up with the song ‘Bachke Tu Rehna’ indicating that the day ahead is not going to be easy. Bigg Boss announced the first budget task for the contestants and the first couple Roopal and Digangana were challenged by Prince Narula and Rochelle. The task demanded the contestants to face different fears.

On the other hand some of the love birds in the house were busy narrating their love story to other contestants. Rochelle and Keith were also seen recounting their love tale. Later in the day Vokas Bahl and Yuvika Chaudhary were seen discussing about the household chores and how everyone was pin pointing her for less participation.