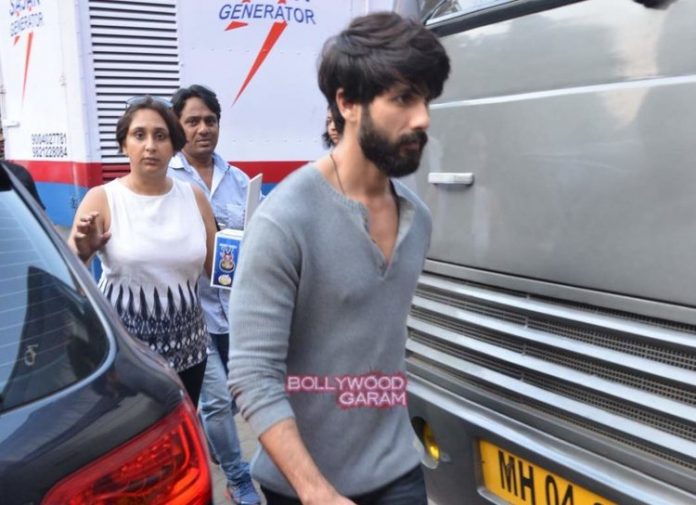 Bollywood actors Alia Bhatt and Shahid Kapoor are on their toes while promoting their upcoming movie ‘Shaandaar’. As the movie approaches release date, the actors are finding different platforms for promotions. Shahid and Alia were snapped at Mehboob Studios as they promoted the flick which is all set to hit the theatres on October 22, 2015.

Alia was seen in a checked pink outfit while Shahid was seen in a casual sweatshirt and jeans. The movie ’Shaandaar’ is directed by Vikas Bahl and produced by Anurag Kashyap.

The songs of the movie have already become popular among the youngsters.