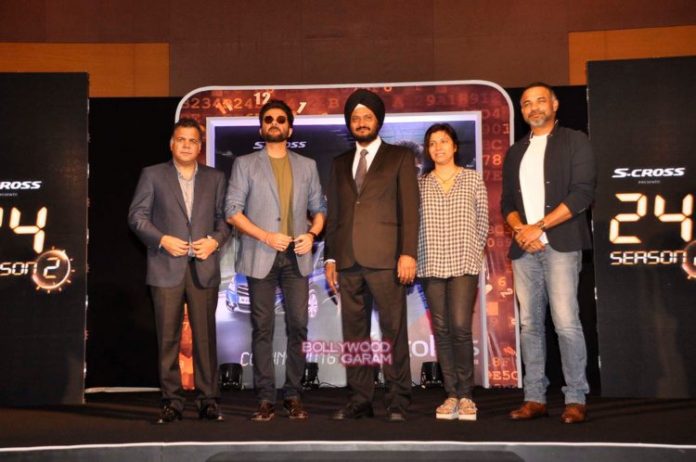 Bollywood star Anil Kapoor hosted a press event to announce the second season of the popular TV series 24 at an event in Mumbai on October 20, 2015. Anil looked great in a casual blazer, jeans and a t-shirt.

The series 24 is the Indian adaptation of the American show with the same name and is written by Rensil D’Silva, Bhavani Iyer and Priya Pinto.

The second season of the show is scheduled to go on air during the second half of 2015.