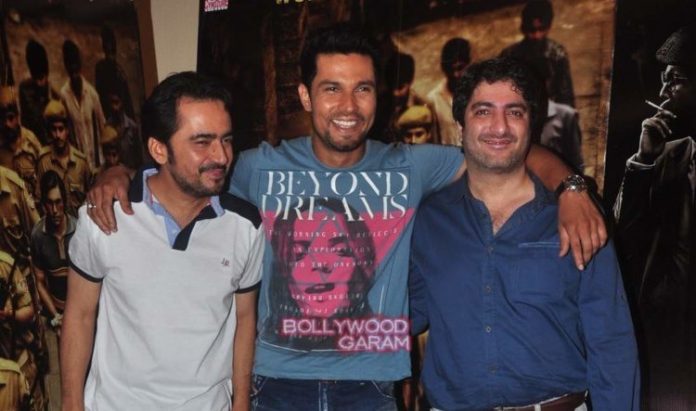 Bollywood actor Randeep Hooda promoted his upcoming movie ‘Main Aur Charles’ in Mumbai on October 23, 2015. Randeep appeared in a t-shirt and jeans for the promotions.

The movie is directed by Prawaal Raman and produced by Cynozure Neyworkz and is based on the true events about the notorious serial killer Charles Sobhraj. The movie also stars Richa Chadda, Adil Hussain and Tisca Chopra.

The term ‘Main’ refers to the character of Amod Kanth.