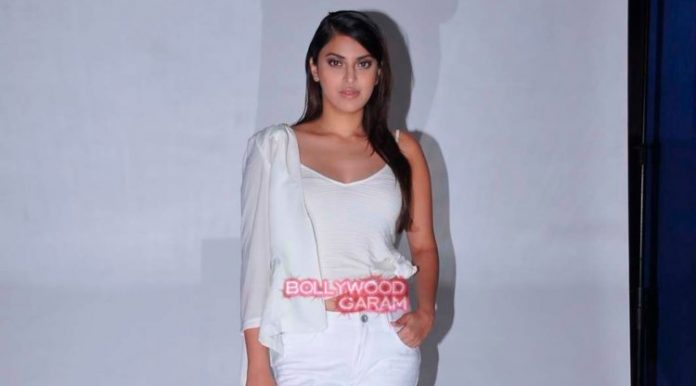 Indian actress Anushka Ranjan was snapped at a gorgeous photo shoot in Mumbai on October 27, 2015. The actress was seen in a white outfit and silver sneakers.

Anushka is the daughter of producer Shashi Ranjan and made her debut in Bollywood with the movie ‘Wedding Pullav’.