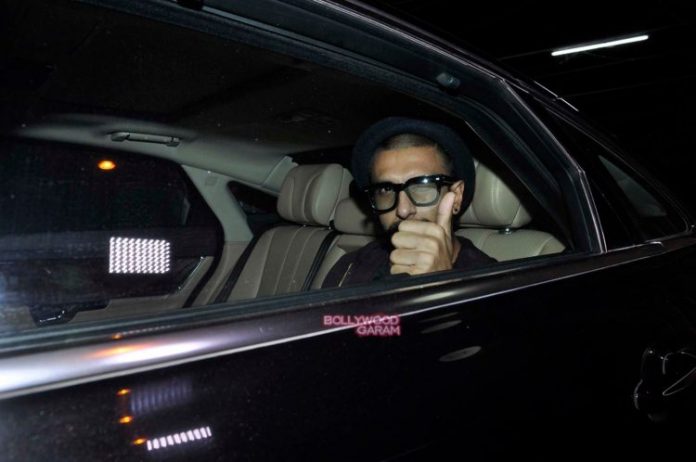 Bollywood actor Ranveer Singh was snapped at the special screening of his upcoming movie ‘Bajirao Mastani’ held at Sunny Super Sound in Mumbai on November 1, 2015. The actor was seen in casuals and waved to the media as he drove away in his car.