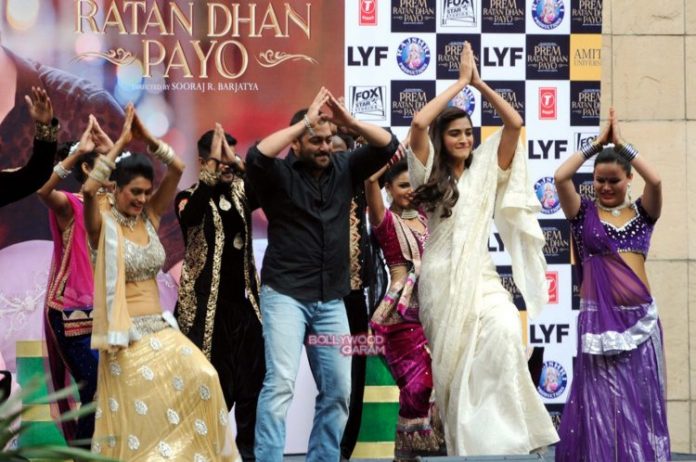 Indian actors Salman Khan and Sonam Kapoor promoted their upcoming movie ‘Prem Ratan Dhan Payo’ amidst a huge crowd at Amity University at Noida on November 4, 2015. Sonam looked pretty in a off white color sari while Salman looked great in a casual black shirt and jeans.

Salman also too his twitter account to share his gratitude and wrote, “Thank you for all the love that the students of Amity University Noida has given to @sonamkapoor and me. Big hug”.

The movie is directed by Sooraj Barjatya and is all set to hit the theatres on November 12, 2015.