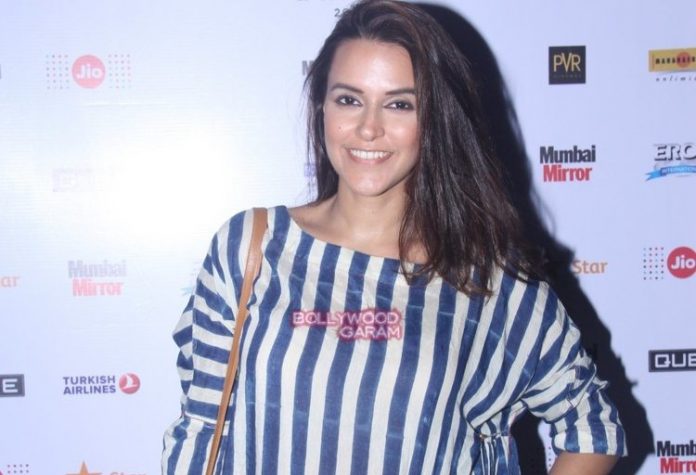 Indian actress Neha Dhupia attended the 17th edition of the Mumbai Film Festival in Mumbai on November 4, 2015. Dhupia was seen in a casual outfit having white and blue stripes.

The French filmmaker interacted with the media and said that he is keen to make a movie in India as the country is beautiful and has a big contrast.