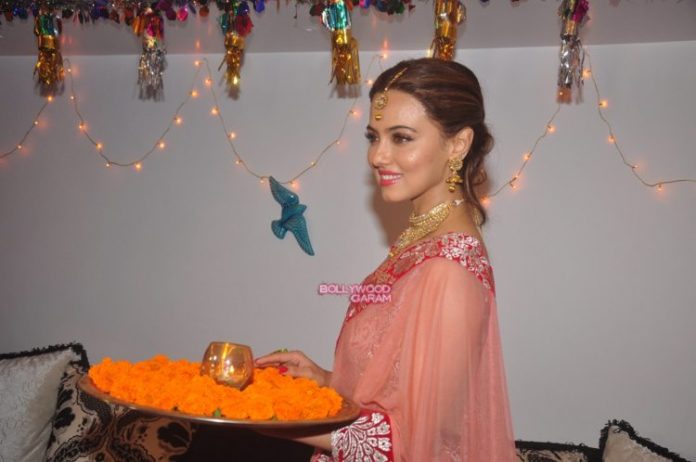 Bollywood actress Sana Khan was snapped at a Diwali Photo shoot in Mumbai on November 4, 2015. Sana looked pretty in a traditional lehenga.

The actress has appeared in a number of movies in Bollywood and has also appeared in Tamil and Telugu movies. Sana is currently working on the upcoming movie ‘Great Grand Masti’.