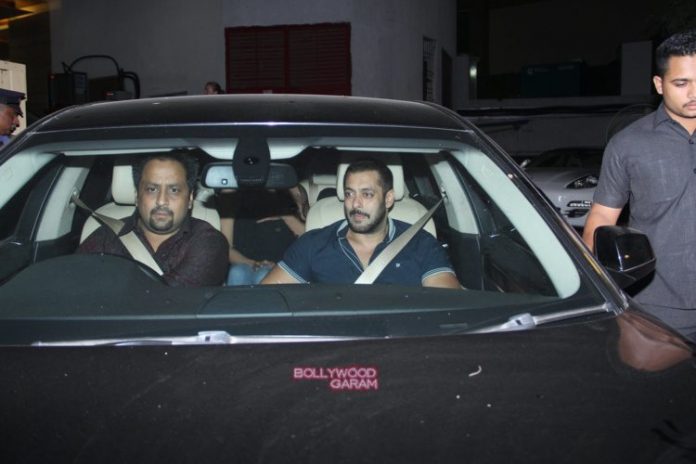 Bollywood superstar Salman Khan along with some of his friends was snapped attending close friend Baba Dewan’s Diwali party in Mumbai on November 12, 2015.

The actor was seen arriving with friends in his car. Salman is enjoying the success of the movie ‘Prem Ratan Dhan Payo’ which hit the theatres on November 12, 2015.