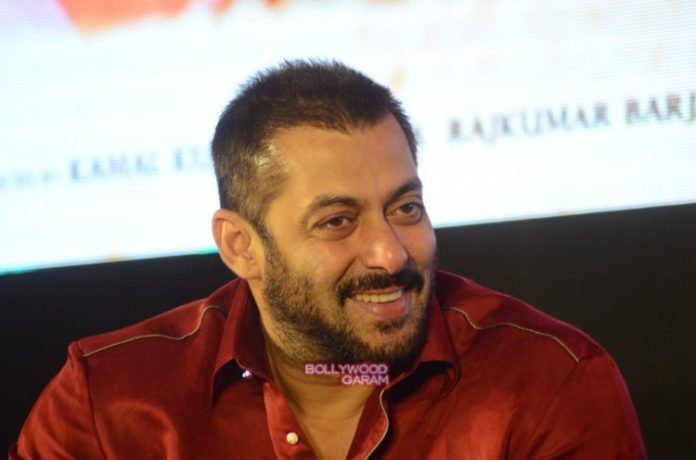 Bollywood superstar Salman Khan, promoted his movie ‘Prem Ratan Dhan Payo’ at an event in Mumbai on November 9, 2015. The actor looked dapper in a red Indian outfit and interacted with the media.

Khan will soon begin work for his upcoming movie ‘Sultan’ in which he will be seen playing the role of a wrestler.

The actor during the promotions said that he just has 10 days to get back in shape before the begins the shoot.
Salman will be seen playing a wrestler from Haryana.