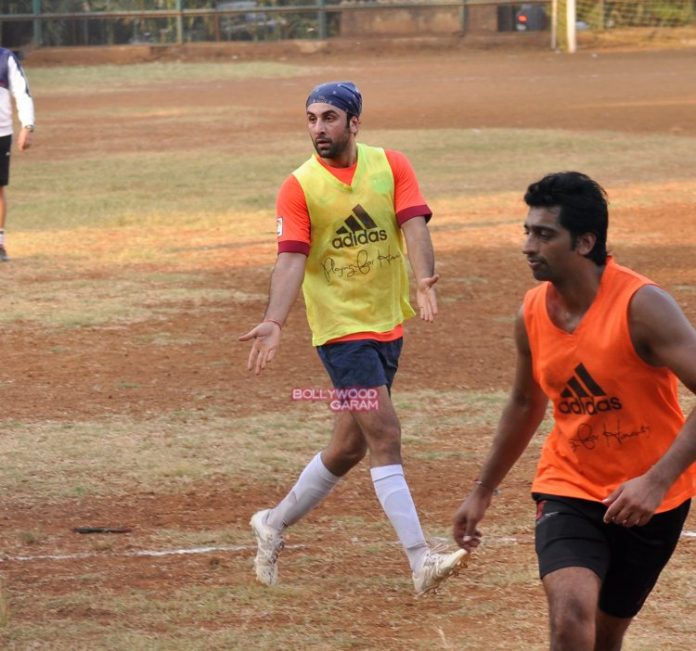 Actors Ranbir Kapoor, Siddharth Malhotra and Abhishek Bachchan were snapped playing a game of football in Mumbai on November 15, 2015. Ranbir as usual was seen playing an intense game with his fellow players while Siddharth and Abhishek looked on.

Ranbir and Abhishek have been regular in terms of practicing the game and is often seen fishing out time with playmates.

On the work front, Ranbir is all set to be seen in the upcoming movie ‘Tamasha’ opposite actress Deepika Padukone.