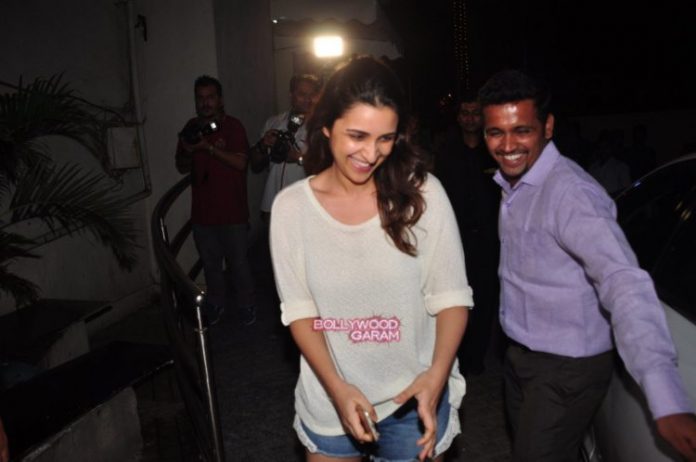 Indian actress Parineeti Chopra was snapped outside PVR cinemas in Mumbai on November 17, 2015. The actress was seen in a casual and no-make-up look as she was seen spending some free time. On the work front, Parineeti was last seen in the movie ‘Kill Dil’ and also featured in the Y-Film’s mini web series Man’s World.

It was a four part series that talked about certain issues like gender inequality and premiered on YouTube on September 29, 2015.