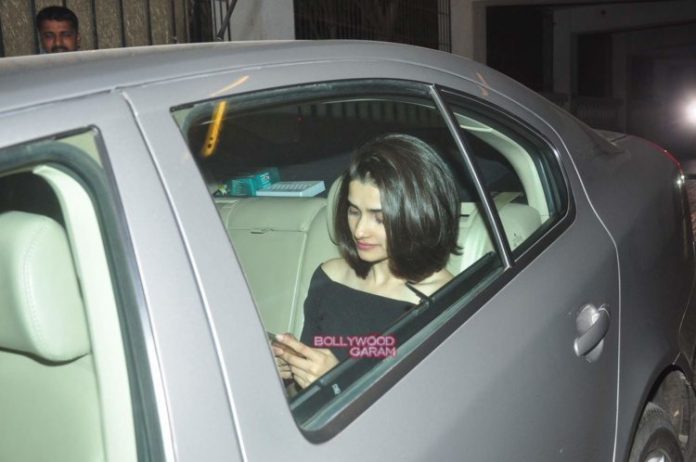 Lead cast of the upcoming movie ‘Rock On 2’ were snapped attending a bash thrown by producer Ritesh Sidhwani at his residence in Mumbai on November 19, 2015. Actors Prachi Desai, Farhan Akhtar, Arjun Rampal and Shraddha Kapoor.

The stars were in Shillong where they completed the first shooting schedule of ‘Rock On 2’. Reports say that actors Arjun and Purab Kohli were seen taking a dip in a freezing pond to mark the end of the shoot.

The lead actors of the movie were shooting in the north-eastern states and were seen interacting with the locals. The movie is expected to hit the theatres in September 2016.