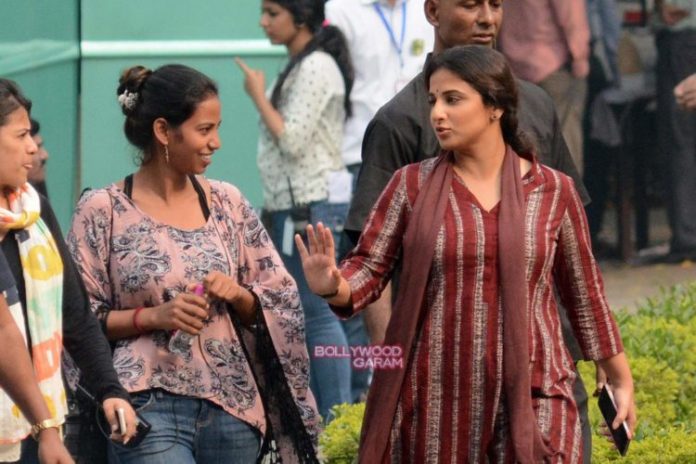 Bollywood stars Amitabh Bachchan, Vidya Balan and Nawazuddin Siddiqui were snapped shooting for the upcoming movie ‘Te3n’ in Kolkata on December 1, 2015. Reports say that the actress will be seen playing a cameo in the upcoming thriller flick directed by Ribhu Dasgupta.

Since the stars are shooting at public locations, the fans of the actors can be seen thronging to the shoot location.

The movie ‘Te3n’ is directed by Dasgupta and is produced by Sujoy Ghosh. ‘Te3n’ is due to hit the theatres in 2016.