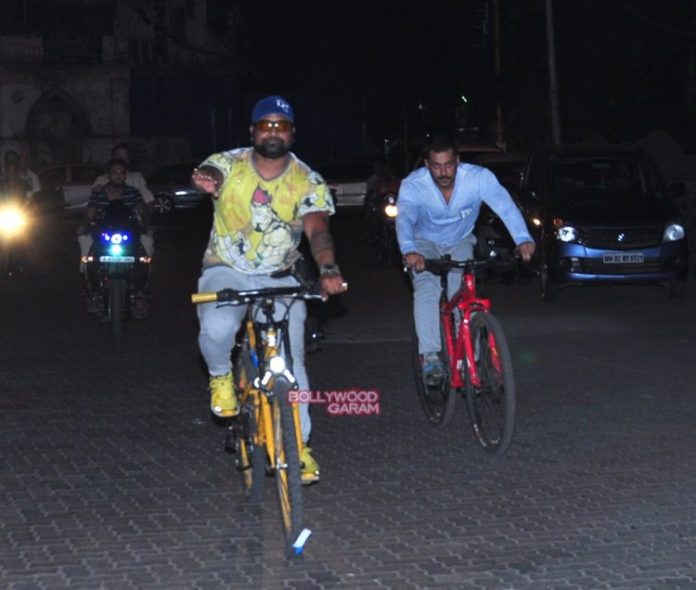 Just a day before Salman Khan’s verdict in court over the hit-n-run case, the superstar was seen cooling himself by taking a bicycle ride on the streets of Mumbai on December 10, 2015. The ‘Dabangg’ star has been acquitted of all the criminal charges in the case.

Reports say that the actor had broke down in the court when the verdict was announced.
Salman’s family members were present in the court and were all emotionally moved and happy over the verdict.