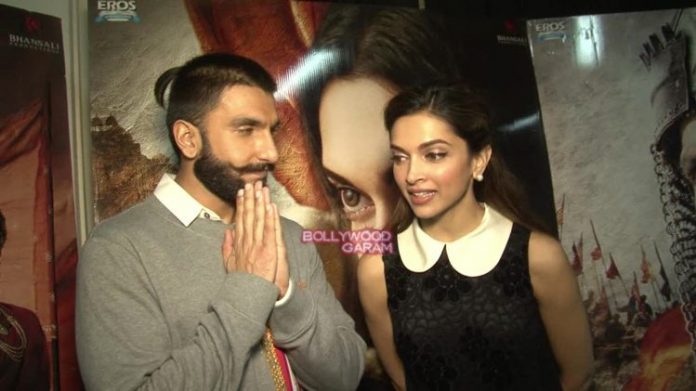 Bollywood’s speculated couple Deepika Padukone and Ranveer Singh were snapped at an interview in Mumbai on December 18, 2015. The actors have never confirmed their relationship in open but the interview showed off their closeness making them the cutest couple of Bollywood.

Singh was seen getting romantic with his ‘Bajirao Mastani’ co-star while Deepika was seen enjoying all the attention that she got from her beau. The movie ‘Bajirao Mastani’ is doing well at the box office and also stars Priyanka Chopra.

‘Bajirao Mastani’ is produced and directed by Sanjay Leela Bhansali and promises to be a visual treat for the audience.